It will be hungry, cold and uncomfortable

Now this is for a long time. Do you feel it? You don’t even have to explain what is hidden behind the word “this” – it’s vague for everyone, but understandable. It becomes even clearer after the words of Joe Biden: “What I really think is that at some stage this will turn into a waiting game to a certain extent – in terms of what the Russians can endure and what Europe will be ready to endure.”< /p> 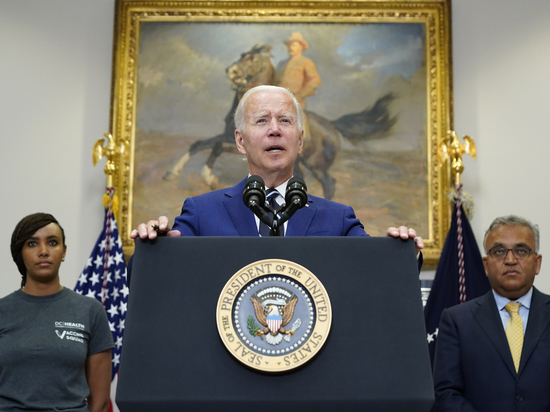 Let's start at the end of the sentence. There's not a word about America. An experienced politician Biden speaks about Europe, removing the United States from the list of those who will have to “endure” in advance. Yes, America is having a hard time – exorbitant gas prices, problems with baby food, bidenflation (no matter how they tried to call inflation in the United States Putin's – nothing happened, it did not take root). But resisting, enduring, surviving – Biden assigned this role to Europe in the confrontation with Russia. Comfortable. Good move.

It is clear that the hot phase of the crisis will end the way Russia wants it to. But it is naive to think that the crisis will also end there – balloons and white doves will fly into the blue sky, and all the people on the planet will begin to hug and, smiling embarrassedly, say to each other: “Well, somehow we parted ways. too, let's be friends.”

“Yes, it will be a protracted crisis, we will never trust the West again,” said Dmitry Peskov, the presidential press secretary.

In fact, the point is not even trust. And in the global divergence of the worlds.

Here we have a single carrot, and we eat it. We just eat – and everything is prescribed by nature. And they have a carriage of carrots. And another wagon, and another. There is nowhere to put it, there is an excess, and at some stage they inevitably begin to put this carrot where they shouldn’t. And then they begin to suffer: is it convenient for carrots there? And how to make it comfortable for her and no one discriminates against her? And for those who discriminate, begin to doubt the correctness of eating carrots, there is a culture of cancellation. And everything would be fine, but the cult of sticking carrots becomes a religion, and therefore the only true way of life.

Soviet propaganda has long guessed about the decaying consumer society. Not materially decaying, but in a completely different way. It is here that the division of the worlds takes place: between putting your “I” in the center of the world and “love your neighbor as yourself.”

There will be no mutual understanding. At best, it will come when there will be only one carrot in the West for many years. It will be hungry, cold and uncomfortable. That is what they will have to endure and endure. Biden spoke about this game of waiting “in terms of what the Russians can endure and what Europe will be ready to endure.”

The only surprise is his complete misunderstanding of a simple fact. This game has already been lost by Europe. We live with a single carrot for generations. We are no strangers.